What Newsweek Taught Me

Discuss an accomplishment or event, formal or informal, that marked your transition from childhood to adulthood within your culture, community, or family.

I was in 9th grade the first time I stumbled upon a copy of Newsweek. What caught my eye was its trademark title: white type, red highlight, a connotation that stories of great consequence lay beneath. Such bold lettering gave me a moment’s pause, and I was prompted to leaf through its glossy pages.

To my surprise, I was instantly hooked.

And the prose was elegant, sharp, mesmerizing. It radiated sophistication and IQ. As I scanned the credentials of the authors, my only thought was, wow. The articles were written by worldly, ambitious people who were experts in their fields, people with PhDs and MBAs from world-class institutions, people who could write brilliantly, who got paid to give their opinions, who walked with a purpose and ran in the direction of their dreams. People I knew - then and there - I’d like to one day become.

This is what education looks like, I told myself. I was young, I was impressionable. Like a child standing on the outside of a candy store, nose pressed against the glass, I hungered to be a part of that cerebral adult world. So I read that magazine from cover to cover. Twice. And with each turn of the page I felt my small-town naiveté break into smaller and smaller pieces.

I remember that day as an incredibly humbling experience. I had an awkward, self-conscious epiphany: that I actually knew next to nothing about the world. There I was, cream of the crop of my middle school, fourteen years of ‘smart’ outwitted by a thin volume of paper. I was used to feeling gifted, to getting gold stickers and good grades, to acing every elementary examination placed in front of my cocky #2 pencil.

I wasn’t used to feeling like I’d been living in the Dark Ages.

At the same time, however, I struggled with another realization, one that was difficult for me to define. I felt…liberated. I felt as though I had taken a breath of fresh air and found it to be bracing and delicious, like it was the first breath I’d ever taken and I’d never known that air was so sweet.

Talk about a paradigm-shift: somehow, reading Newsweek had rekindled my natural intellectual curiosity; it had, briefly, filled a hole in my soul that I didn’t know existed.

It had also sparked something within me- a hint of defiance, a refusal to accept complacency. One taste of forbidden fruit and I knew I could never go back.

Although reading a news magazine seemed like a non-event at the time, in retrospect it was one of the defining moments of my adolescence. That seemingly unextraordinary day set a lot of subsequent days in motion - days when I would push my limitations, jump a little higher, venture out of my comfort zone and into unfamiliar territory, days when I would fail over and over again only to succeed when I least expected it, days when I would build my dreams from scratch, watch them fall down, then build them back up again, and before I knew it the days bled into years and this was my life.

At 14, I’d caught a glimpse of where the bar was set. It always seemed astronomically high…until it became just out of my grasp.

Sadly, Newsweek Magazine went out of print on January 1, 2013. Odd as it may sound, I’ll always be indebted to an out-of-print magazine for helping me become the person I am today.

Read the top 147 college essays that worked at Harvard and more. Learn more. 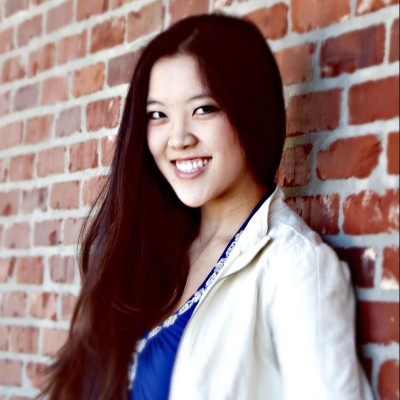